Occupations – Cora was a Pawnbrokers Manageress 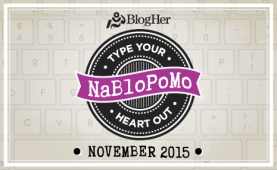 I’m very proud of the women in my family, they got out there and earned a living, supporting themselves. Grand-aunt Cora was no exception. Cora Annie Amelia Dinnis was the older sister of my grandfather, Joseph Taylor Dinnis. Born in March 1886, in Camberwell, Surrey she was the first daughter born to George Dinnis and Catherine Taylor. 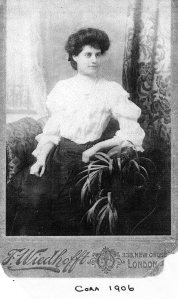 The photographs above were taken around 1906. In the England Census of 1911 we can see that Cora (then aged 25) was living in Leeds with her aunt, Amelia Watson and her family, including the son of Amelia’s husband, Alfred Watson who married Cora a short time after the Census was taken.

Both of these documents tell us that Cora was working as a Pawnbrokers Manageress in 1911. I have been trying to find out more about this occupation and if it was unusual for a woman to hold this position.

A short history of the Pawnbroker

In the 18th century the main problem for the Pawnbroking trade was the lack of regulation. This enabled the shops to charge high rates of interest. In 1785 the Pawnbroker’s Licence Act was drawn up ensuring that pawnbroker’s would have to be licensed and then comply with the terms and conditions of the Act. However it was not considered a trustworthy profession, and in the 19th century dishonest practices were common.

What is a Pawnbroker?

Basically the pawnbroker is the place to go when you’re short on ready cash. You take along things that you own, and be loaned a certain amount of money. The amount would be based on the value of your objects and what the pawnbroker could hope to sell them for, plus a commission for himself. The goods could be redeemed at the end of an amount of time if the loan was repaid.

An article in ‘Family Tree’ magazine (March 2013) states that these were often family businesses, handed down from father to son, so it was very rare to find a woman behind the counter. Of course, as the Manageress I don’t know if Cora would have actually worked in the shop. The article also mentions that carefully maintained records were essential and great care was taken entering details in the shop’s ledger, so perhaps Cora was employed in this side of the business.

Pawnbrokers are still very much around today, with several in my local shopping centres. They are also known as ‘Cash Generators’ or ‘Money Shops’, although still with ‘Pawnbroker’ in their title. 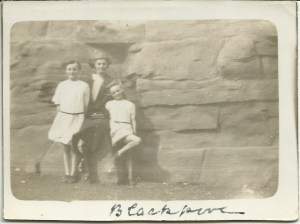 Blackpool 1924.
Cora and her daughters.

Welcome to my blog where I am enjoying meeting my family - past and present - one at a time. Join me as I learn who my ancestors were, where they lived, what their occupations were and what everyday life was like for them.
View all posts by Jackie Dinnis →
This entry was posted in Cora Annie Amelia Dinnis, Occupations and tagged Alfred Watson, Cora Annie Amelia Dinnis, Leeds, NaBloPoMo, Occupations, Pawnbrokers, Pawnbrokers Manageress. Bookmark the permalink.

6 Responses to Occupations – Cora was a Pawnbrokers Manageress